Again the sky is perfectly blue when we wake up (a little later than yesterday). We go directly to Cedar Top at above 2700m – well at least we try too. There is snow on the road this morning and the bug gets stuck. Sun has just began to shine on the street so it might be a matter of minutes. The summer tires are running out of profile but a little later we enjoy an amazing view! Everthing is frozen up here and a strong wind is blowing into our faces. We stand between two summits so it is supposed to be strong here.

I walk down a little to find the actual launching pad but still the wind is too strong. Tom is chatting with birdhunters at the top who would interrupt the sound of the wind with a noisy BOOM every now and then. I walk further down where the slope is becoming steeper, the rocks bigger and the wind less. I try to put out my wing but either the lines get stuck between the rocks or the wind would just tangle everything. Its freezing cold – the humid wind comes from the sea and is forced to go up along the mountains. The humidity condenses all around me and clouds arise around me. I am at around 2700m, got a cold and a strong and cold wind in my face – the wing is tangled and every move is a pain in the arse. Half an hour later I manage to get my wing together and move further down. Same shit happens there but another half an hour later I am surprisingly ready to start.

I pull up the wing and take off immediately. The wind is strong, I go up AND back. There are not many things that are more dangerous than being drifted into the Lee of such a mountain like this one – well maybe the Syrian border which is just on the other side of the valley below… But don’t worry, big ears and accelerator get me out of the situation quickly. Unfortunately the accelerator gets a little tangled in the hectic actions and little later at the soaring hill I wonder why the wing is so unstable and the ascending is so bad. Approaching the landing I find out about the problem but can’t solve it quickly enough. Fortunately the wind is strong enough even down here so accelerated landing causes no problems.

Tom tries to start from the Top too but within minutes after I leave him the whole summit is covered in clouds. I pick him up again sounding the horn all the way up to let him know I come and where I am. All the other flights today we start at the intermediate again – clouds being sometimes less than 100m above us. Toms flight is either fine, strong ascending sometimes (the clouds suck) but again, like yesterday the clouds are too low to really benefit from it. Surprisingly, even though there is strong as- and descending all day and the clouds look really scary some of the time the air appears to be pretty calm compared to where we usually fly.

After a coffee we go up again. My turn. The wind became stronger making it a challenge to start (again). Without the help of Tomas it would be impossible: After a little accident when the wind caught my wing unsuspected, he takes my wing, holding it together (and down) so only the 3 chambers in the center can get air. I look at him skeptical but behind him there are some locals taking pictures. Looks fine I think and give him the signal while pulling the A – lines. In a part of a second the wing unfolds and I brake a little to prevent him from shooting in front of me.

Same second I make a jump back but don’t touch the ground anymore. I go straight up! Again, ears & accelerator – no problem and with all in its place I can play a little at the soaring hill before I start to freeze. Going down very slowly I suddenly see an eagle close in front of me – ascending. I fly there and suddenly am sucked up by a dark cloud! Enough now – again e&a (even though ascending more than 1m/s for a short time) and just a little later I come down at the landing site. What an amazing flight – I love it when eagles fly together with me!

Tom has another go but goes down as soon as he is up. No soaring so I just make it to the landing site before he is there. Spirals, up, down, ears, accelerator…. Finally he reaches the ground and we decide to take a brake to maybe have calm gliding conditions for a nice descender towards evening. During this brake the clouds look really bad. It seem to be crazy to even think of flying. But maybe one and a half hours before sunset the clouds suddenly look a little less scary. The wind has calmed down noticeable so I give the sign to quickly pay and go.

When we arrive at the intermediate take off the wind has nearly stopped and as this has stopped humid air from approaching the clouds have nearly totally vanished. Surprisingly I have to make a few steps before I take off and then I enjoy an amazingly calm flight in perfect evening sun. Definitely the best flight of today! After landing I hurry up to get Tom up one more time too. He enjoys his flight as much as I did. The sunset here is just unbelievable incredibly stunning! 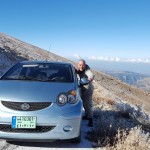 The bug is stuck – I help, no problem! (notice the clouds out at the sea) 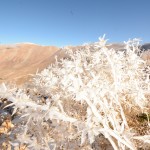 Blue sky all around! 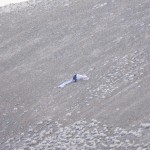 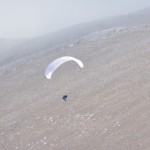 finally – the first flight of the day – notice the arising clouds! 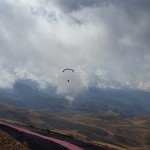 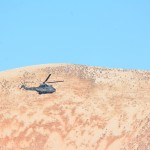 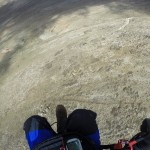 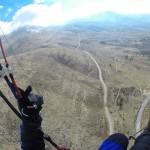 Ears and accelerator to get down 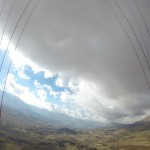 does the cloud look dangerous? 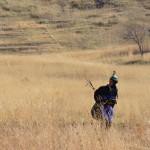 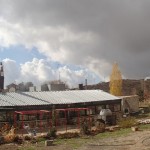 lunchbreak at our favourite place – notice the clouds. 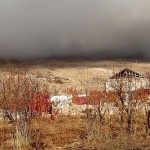 they go down and down 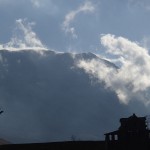 and then suddenly vanish 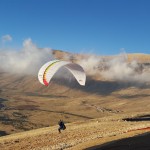 Last flight for today – a nice one! 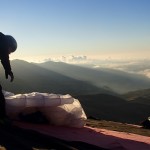 Tomas preparing for his last flight in the evening sun 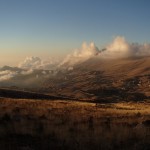 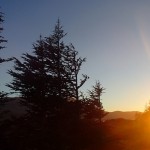 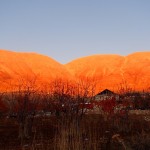 Remember? same picture I took about 90 minutes ago (down and down) 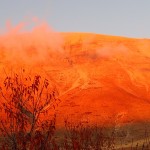