Our last day in Lebanon I want to spend shanty. After we have breakfast I shoot firearms for the first time in my life. Unfortunately I am not even able to hurt a tin on the field. Either I can’t hear nothing for nearly half an hour after – a terrible experience all together – but still funny enough! Later we visit friends and I go to the barber. I need a new passport so I want to look harmless on the picture I will have to take on Monday. I figured out many people here cant read our letters so all they can verify in my passport are visa from Pakistan, Iran and so on….

We do the rather dangerous road to Beirut (along the Syrian border) in the middle of the night as I want to spend as much time as possible with Ali. Our farewell comes out pretty emotional for me then so at the end I just jump in the car and we go. Not without promising to come back soon! I really started to love Lebanon! It’s a country for experienced travelers – you should know what to expect and at least speak a few words in French. If you are though enough you will experience incredible hospitality in the Muslim parts and loads of great people too in the Christian ones. Even though many people told me there is no difference I felt like Lebanon is divided in the Muslim and the Christian part – at least in rural areas.

Even though Lebanon is incredibly tiny I have the feeling I have only seen a small part of the country. Even though I was there only a little more than a week I made friends for a life time.

The way to Beirut was no Problem at night. Again we were searched pretty though at a military checkpoint which made us a little nervous after yesterdays experience. But at the end all went fine. Toms plane was earlier than mine so after dropping him at the airport I got a coffee on the road towards Beirut. By chance I met a friend of Ali there and again I was invited – what a great farewell from Lebanon!

I am back in Austria now – but not for long! I will start my next journey well before christmas Inshallah! 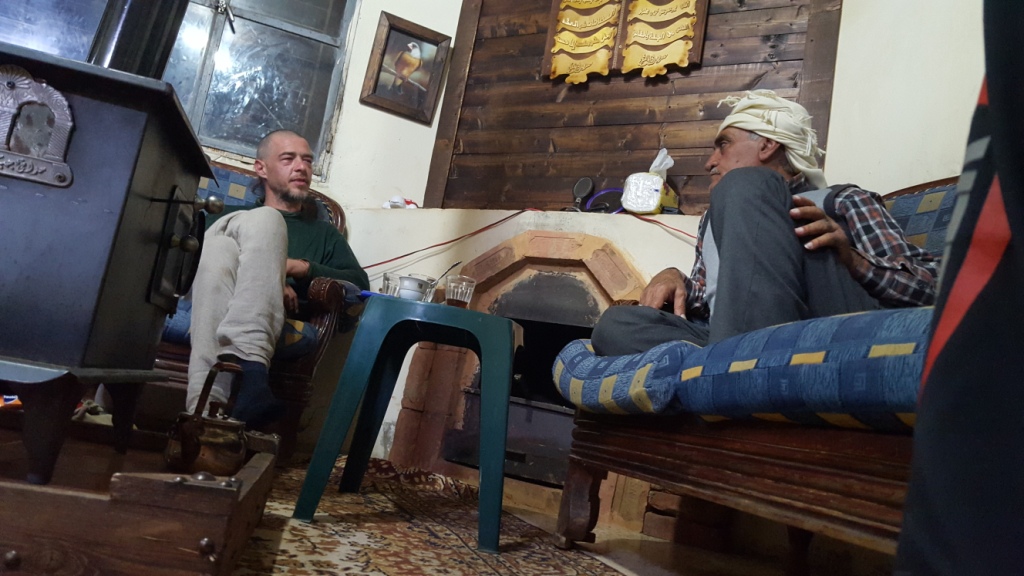