The last day in Lebanon has begun. Our Peshmerga friend (just joking) Ismael leaves early in the morning. Its very windy outside and we have electricity most of the day which is very unusual.

In the afternoon we visit Abu Saleem who shows me the water collecting system which I have already admired at my first visit – but higher up in the mountains. Down here it is a concrete tunnel with more than 2.5 square meter cross section holding for sure more than 5 cubic meters of water per second at the moment. It’s the drink water for most of Baalbek and about 15 villages around as well as the irrigation for the fields. Reminds me a lot of the “Hochquellwasserleitung” in Austria which transports the drink water for Vienna more than 200km from springs that are also around 2000m above sea level. Here the way is much shorter…

In the evening I use the last dried sindshabil (ginger) and hel (cardamom) to make indian chai for the two of us. Ali loves it like everybody who has tasted it – maybe I started a new trend and there will be chai wallahs at every corner when I come back – what a nice idea!

I want to leave at ten but don’t make it before 10:30pm. My plane starts at 4 in the morning in Beirut and in Beirut you should be at the airport three hours before start as there are more security checks than on a usual airport. Taking the road via Tarfaya which I like much more than the direct big road with its many army check points I drive comfortably and including two coffee breaks arrive at the airport two and a half hours before take off. I get a window seat to finally sleep a little and manage to do all the checks just in time for the boarding. In the plane a five year old child sits on my seat with his mother next to him. I can’t sleep while people are falling over my feet so I insist on my seat. At the end the little fucker keeps kicking me with his feet for three hours while his stupid mother tries to calm him down by repeating his name permanently…. At the security check in Belgrade I am asked to take all cameras and computer out of the bag – I do so and put all on a tray to get the rest of the camera bag emptied bottom over top out on the other side – of course I am pissed more and ask for the names of the guys which they refuse to give me….

Next day morning I arrive at 8:30 at Vienna.
I hope you enjoyed this winter’s stories and to see you again in autumn. 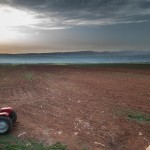 last view towards take off 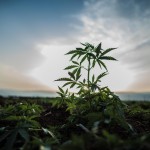 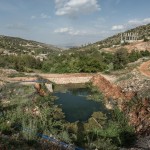 Irrigation pond next to the water supply 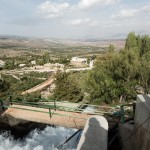 Water supply for the valley