When I wake up the sun is out. I slept very well and I get chai as soon as I open the door. Seems like police officers want me to stay a little as they offer food. I take the camera and start to explore the close surroundings of the police station. At night I had to park inside the station as outside it was “Too dangerous!” As soon as I am crossing the street one guard calls me back to have chai. I go back in at the front door and back out at the side door to take a look at the fantastic rock wall behind the police station. Yesterday fishing, today rock climbing in Balochistan? Why not? This wall is incredibly amazing beautiful and has easy and hard spot very close!

I go back inside to get my climbing shoes but the officer stops me. He tells me about snipers in the mountains who would have fun shooting me down. I don’t know if to believe him but it really seems like Pakistan is on the road only. One step off the road I am in Balochistan for which I have no Visa (NOC). At around 10 breakfast is ready, I am not allowed to go outside the walls but the guys want me to stay for one or two days….. doing what?! The officers disappears to get bread for the breakfast promising to be back in 10 minutes leaving me with a boy a little older than 20 who was preparing the breakfast.

2 hours later I tell this boy I will leave now and open the gate. He smiles at me and tells me he would not allow me to go while he closes the gate again saying I have to wait for the officer who would come back in “five minutes”. I smile back at him and tell him he has three options: Opening the gate again to let me wait outside, get some firearm and keep me hostage, or get a punch in his face and I will be on the road in a minute. Even though I am smiling and very friendly he recognizes I am not joking and chooses option one. So I park outside under the palm tree and wait for the officer. During this time the friendly man from the village passes by and stops to talk to the boy. I hear him saying something about incense of which I have plenty so I step back in the car to get some. When I come back to the cockpit the officer is back. I give the incense to the village guy who is very pleased and hit the road.

Landscape is incredibly beautiful again so I enjoy the road a lot until I stop at a chai shop I remember from the last time passing by. I order chai and notice the beautiful guys around me. Unfortunately it is very hard to see Balochistani girls but judging by the men they must be amazingly beautiful. I drink two chai and find out they have diet coke at the shop. I buy two of them and go back to the car suddenly being surrounded by the people who had been sitting around before seeming not to be much interested in me… Asking the usual questions (Where are you from, whats your name, are you married, why not, are you travelling alone, what really, only one person…)I answer by taking out my guitar and sit for another chai and some music with them. A police officer arrives too and from the moment I start singing he does not stop offering joints to me… Pakistan. I stay little more than an hour before I leave to take the last 50km to Quetta where I will need to get the NOC to cross Balochistan to Iran.

The closer I get to Quetta the more the police is armed. Around 10km before Quetta I take a side street to take a few pictures without power lines. Within two minutes police is there and brings me back to the road. Two km later I get a heavily armed, permanent escort to Quetta. “Where u want to go?” they ask. “I want to sleep at the police station” I reply. “No possible, Hotel”, the guy replies, “Bloom Star Hotel!”. “No way!” I say but off he goes. He goes directly to this Hotel I ve been already last year and orders me to drive in. I refuse. I tell him I was here before and I will not go there again for what happened then. He raises his shoulders for a second and then we go to the police station. I go to a place where I can park, meet the stupid officer in charge who has a disgusting yankee accent and an even more disgusting behavior. He asks me for Viagra five minutes later! Cops! By the time I recognize it is Friday evening and I will not get my NOC before Monday! Stuck again! Damn! At night I hear a lot of gun shots and low flying military airplanes. And temperatures drop to nearly freezing at 1500m. Welcome to Balochistan! 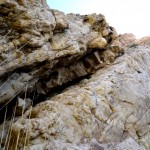 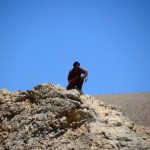 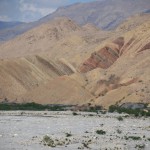 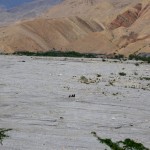 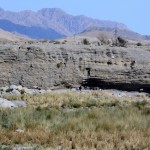 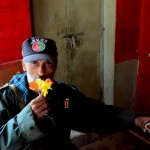 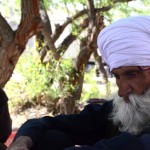 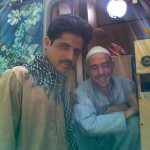 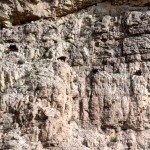 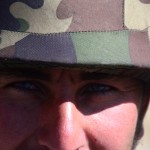 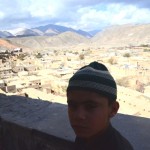 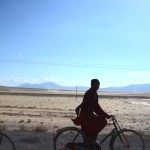 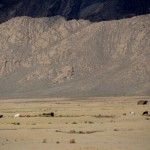 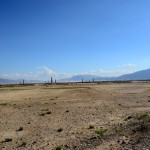 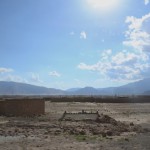 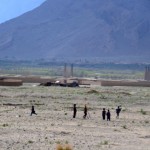 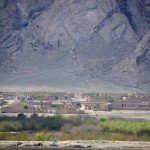 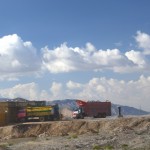 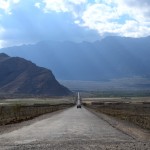 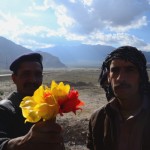 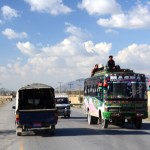 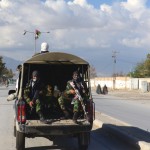 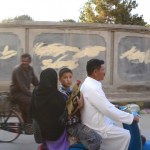