When I wake up this morning I feel much better. Outside it is getting hot a little after sunrise so I pack pretty slowly and have a nice breakfast before I leave. No need to stop soon as Petrol is pretty full and I have all I need. I leave a little before lunchtime which is late as I want to do pretty exactly 500km to Tambacounda close to the Gambias border. North of Senegal offers savanna for landscape which means dry grass and pretty many trees but far from being what we would call a forest. Coming around a corner (of which there are not many on todays road) I see a swarm of birds on the street. When I come closer I notice they are pretty big and second later there are huge vultures all around me taking some roadkill apart. Nice picture for how I feel here – amongst vultures…

The first real stop I make in a small town with a huge mosque which is being renovated. I stop at a place with a “Café” sign, take a seat and order coffee. When I take out my cigarettes the guy who runs the place comes to tell me smoking is prohibited here because we are within one km of the mosque… Ok, I can do it with a coffee, no problem. Two minutes later I get “(nes)café au lait” without milk… milk is finished. Ok that’s too much for now. Coffee without cigarette and without milk? Where is the joy in that? It would be five minutes focusing on what I don’t have so I stand up and go.

A few km further I find a nice place with an African Mama cooking delicious african food, no coffee but smoking no problem and the price is really reasonable as she even offers second service if I want more. Its really hot here even on the bike I there is not much relief from the heat. The engine sound much better and even has more power with Senegalese petrol and the road is pretty good. I approach the Gambia river basin 200km before Tambacouna and turn left to go to the upper end of the Gambia river. I hope I can find out something about the visa situation for mali there and maybe see the close by national park.

About 100km before Tambacounda I see the first monkey in front of me on the street. Then I discover a small but very good piste right next to the road. Of course I take it hoping to see more animals. I see a lot of amazing birds but no more mammals.

I arrive in Tamba a little after sunset and first search for a restaurant. I am pretty done after 500km on the bike so I need a coffee and some food first. I ask the guys for coffee (Nescafe), food (beefsteak – YEAH! No chicken today!), and if they know a cheap hotel (they know one). After food I ask him to come with me on the bike to show me the place which is no problem. First hotel is far too expensive as I can see when approaching already. Luckily they are full so I try to make clear that I am searching for a budget place again. Second place looks better and offers a very basic room (6 m2, bed and nothing else) for 9000 sefa which is about 15 euro and its not even really clean. I see in the eyes of my friend who took me here that this offer is crazy. I try to negotiate but he offers to take me to another place so they show me another room, bigger but with only a few mattresses lying on the floor – 5000. I take it.

Later at the reception when writing down my passport details (and, new, suddenly they want my home address which is of course Hauptstrasse 45/67 in 1230 Vienna) I see a big signboard telling the prices of the rooms. Both of which had been offered to me cost 4000 per night. When I ask him about this he says “No problem, you white man, you rich!”. I am too tired for this now so I ask him to take of his trousers. He gives me a strange look so I explain I want to see a 30cm penis for the first time in my life. Another strange look so I tell him “Come on man, its no secret that all you black guys have enormous dicks”…. I tell him I will pay tomorrow and he accepts, so if he wants more than what is written on the signboard I will tell him to fucking call the police.

I bring the luggage in the room and go out to buy water and fruits. Hardly 10m out of the Hotel a guy starts talking to me in English “How are you?” I am pissed and I tell him that I am until I remember I had some nice experiences too, like the guy who showed me the hotel for example and a truck driver who stopped for me when he recognized me taking pictures of the vultures on the road so I calm down. While we are talking two prostitutes(?) come down the street and when they see me they can’t help to put there tits nearly into my face and start talking to each other “crossing” our conversation.

The guy offers to show me his house and have tea together, I accept. When arriving at his house 100m down the street he wakes up his wife who his sleeping on the floor with a very ungentle kick. I am shocked. She wakes up shakes my hand and then rubs her index finger against her thumb. Suddenly I have a very bad feeling about the situation. For the first time in my life I have the feeling this guy want to put something in my tea. Without taking a nip I put down the disgusting sticky glass and turn around. The glass in his hand he follows me even into the shop trying to make me drink. I am really pissed now and luckily he doesn’t follow me after leaving the shop.

The remaining 50m to the hotel I escape two more attacks by ignoring. I have free wifi at the hotel, found a bucket for my immersion heater to get a hot shower so I am pretty happy. Later I hear people in the street making music but not really good and anyway I would not go down there now even if Neil Young was playing down there asking me to join… Tomorrow I will just start chanting Mantras loudly when they start annoying me. Sometimes it helps when people think you completely lost your mind.

But the landscape is really great and I enjoy every minute on the bike. Finding a nice place to rest a day or two would be amazing too but when reviewing my pictures at night I forget about the people here. Africa can be really amazingly beautiful, but not incredible like india and for sure not hospitable like Pakistan, Balochistan or Persia. 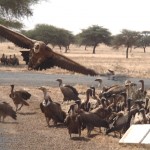 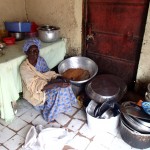 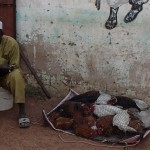 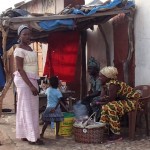 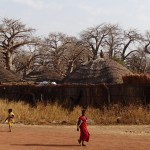 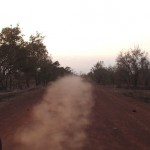 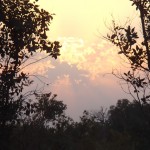 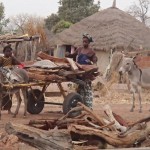