A warning straight ahead – if you like Senegal don’t read this, Senegal is the most impolite and inhospitable country I’ve ever been to. If you plan to come here better you just send all your money (which seems all 99% of the people here want from you) and stay at home.

Ok now here comes the story: I leave the hotel in Rosso rather early changing some more money, getting petrol and the Senegalese bike insurance. The road to Diamma is the flood protection “dam” of Senegal river which is in fact a pile of mud compressed by the traffic, and actually that is the nicest part of todays journey as I cross a Biosphere reserve seeing some Marabous, African wild boar and even a crocodile right next to the pile of mud I am riding on. The view and the landscape are really nice again but…

About 40km after Rosso a young guy stops me at his hut. He has a problem with his bike and asks for tools. To be honest I don’t really feel like helping him, maybe because I am a little pissed with the people in this area, maybe because my 6th sense is telling me already he is an asshole. However we are in the middle of the desert, he needs help and his bike is a KTM scooter. I get my tools out and ask for some water as I have forgotten to take some in the morning (after getting money and insurance I jumped on the bike to pull the throttle to get away from the idiots in Rosso). It is afternoon already and 60 more km on the mud pile to Diamma border to go so I am happy when his bike is running again and pack the tools. (No they are not a present I have to make clear first.)

When I do so the guy whom I helped out asks me to pay for the water I had. In his hut he has a small shop so I ask him for the price even though I feel a little pissed about the fact I helped him out and he didn’t even offer something to drink even though we are at his home (somewhere in the desert, with the sun burning down and temperature being about 30°C). 500 ugia he says which is pretty exactly what I paid yesterday for my dinner including the water I had with it. I am glad he understands no word of what I am saying now. I throw the bottle down, jump on the bike, tell him to f*&% off and drive a few meters before I stop again to turn on the music and the camera. He comes running after me bringing the bottle now asking for 200 ugia for it. I tell him to F*&% off again (pretty sure he understood that) and turn on the engine. He puts the water on the bike leaving me no chance but to put it in the bag. The music is already on so I don’t hear what he is saying when I ride away with the water taken for free.

When I come to the border the officials there know only two words which are “10 euro”. The first one being the customs officer of Mauretania, I ask him for a receipt, I get one, so I am stupid enough to hand him the money. Next one is a guy who wants 2,5 euro for putting the road block aside. I tell him I have no money and I don’t need him leaving the bike before the road block entering the police office. I put on my best smile and when the police officer asks me for my guitar I do my stupid “Which guitar? I don’t have on, I am Taliban terourist this is Kalashnikow” joke. He laughs so I sing a few lines of “Mama Africa for him. When I am finished he is holding my passport in his hand asking for ten Euro. I give him a “come on, we had fun together” look and he waves his hand telling me to get out. The guy at the roadblock now wants 500 ugia (half of before) and I tell him to piss of, on the bike I can go around the block and the police officer inside is just having tea and likes me so he wouldn’t mind. He makes a last attempt asking me to give some money to keep “the road in shape”. Ok, I haven’t seen any road the past 100km but whatever you want to call it it should be kept in shape. I give him 50 cent and hit the 500m of road (now it is) to the bridge over the Senegal river.

On the other side road block again and I have to pay 3 euro for the bridge getting a receipt. Next I go to the police to stamp my passport. 10 euro, no receipt and the guy has no humor at all, a stupid bald idiot who is not even able to divide 6500 by two without using paper and pen – probably he cant even count to ten without using his fingers. So this is my first Senegalese experience, nice! Customs is better, the chief there is a funny guy and my worrys about having no carnet the passage for the motorbike proved to have been useless. He wants to give me a Passavant (customs paper for the bike) for 3 days charging 10 euros (no receipt). Again I play the musician card, play a few chords of Mama Africa again and get the 5 days for 5 euro bribe only. At least the road becomes amazing after crossing the border so I pull the handle again and swallow my anger.

I really want to see one National Park in Senegal which is pretty close to the border of the Gambia. Gambia is supposed to make no problem with the bike and they speak anglish there! Well by now I speak a little French again but still I am happy to be able to talk English in a few days with people who can understand me. About 50km after the border, a little after Saint Luise I take a nice, but expensive room. 15000 (25 euro) including wifi and hot shower… I am able to push the price to 10000 and find out later that the offered wifi does not exist but they would lend me there 3G modem if I pay for the recharge…. I really hope Gambia and Mali (if I can get in there) are different. In the evening when I get food at the hotel the guy there steps on a huge bug in the garden smiling at me having fun doing so. I am shocked and when I ask him why he does so pointing at the suffering bug he doesn’t even seem to understand my question.

People here could really learn so much from Indian people – here they seem to have no respect for nothing, and Indian people cheat foreigners in a much more pleasant way too… (Asking to learn from Pakistani or Persian people would definitely be too much hospitality at once) 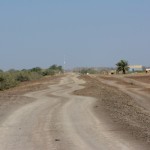 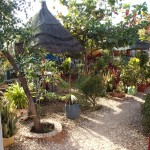 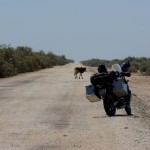 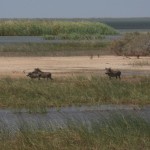 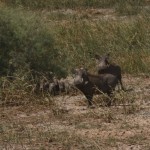 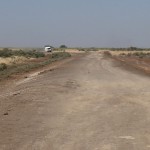 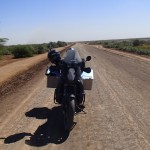 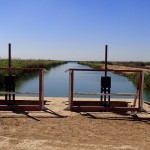 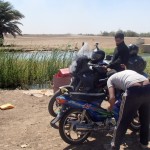 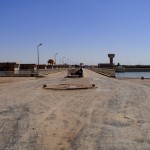