When waking up I take my guitar and go to have coffee. Minutes later I recognize I forgot my Capotaster (part for the guitar) obviously under the table last night after the power was turned off. I ask everybody but nobody has seen it – they blame the monkeys. I think unless the monkeys play guitar this is very unlikely so I keep asking until they promise to ask the night guard. I keep searching all day but cant find it.

At around lunchtime one of the girls from the kitchen asks me if “I want to be her friend…” That has to spin twice in my head before I recognize what this is about. Sorry but that’s not what I am here for I tell her trying not to look too much disgusted by the situation.

In the evening I find out my Capotaster had been thrown away early morning because the girl who cleaned did not know what it was… (maybe she thought it has something to do with black magic, I think). I go to the pile of waste where some children tell me they have taken it to their village. To make the story short – if anybody would have listened to me in the morning there would have been a chance to get it back. But after asking the children they think they did something bad taking it and threw it in the river to destroy any prove of evidence.

Robert has left today in the morning so my connection to the people is gone too. I try to get the internet they had been promising since the first day again too. In fact all the guys are running around with smartphones and all Id need to get internet is a cable. But they just have been saying yes without doing nothing since I came, Capotaster same story.
Next day morning I find out my insulin had been dropped in the water of the fridge. The boxes are moldy already and five minutes after I mention it I catch them putting it in the sun to dry…. That’s too much, I pack my stuff and hit the road to the coast being so terrified by so much dumbness that I don’t stop before reaching my target Serrekunda.

There are many huge all inclusive clubs and discos and hardly any tourists younger than 60. I stop at the first café where I can park in the shadow and order Cappucino. I recognize a lot of mixed couples all of them with one old white part and the other sex being black and young. I ask for a budget place to sleep and a sleezy guy on the neighbor table suggests a place just around the corner, only 5 euro…. Per hour!

Ok, I go back on the road and turn the opposite direction of what they told me. At the next small road to the beach I am stopped (like hundred times before today) at a police checkpoint. Where you go they ask so I reply I search for a halal and cheap place to stay… “What?” they ask, “Halal” I repeat, “you are muslim no?”. Two minutes later one of them guides me to a nice apartment with kitchen and bath for 10 euro per night which seems ok. No internet though but the neighbor has and I can come over anytime.
Later in the evening I go back to the beach where the restaurants have wifi. Again, mixed couples all around me drinking cheap alcohol. I focus on the computer and when an African music group arrives and the Africans start dancing in front of Europeans I leave. Too much again. Robert told me about a fantastic opportunity for bird watching here so I will find out about that one tomorrow. And a good friend in Austria promised to find out about the Mali Visa rules.

By the way, in the evening I went to a huge super market close to my apartment. They even have die red bull there and a lot of indian food. I am wearing a dhoti for shopping and suddenly somebody behind me says “Nice dress!”. I turn around and that guy is not black… “Ap ka ha se hai?” I ask – “Agra… Hindi ata e?” is the answer (Where you from?/Agra, You speak hindi?). We smile at each other, I suddenly feel at home. 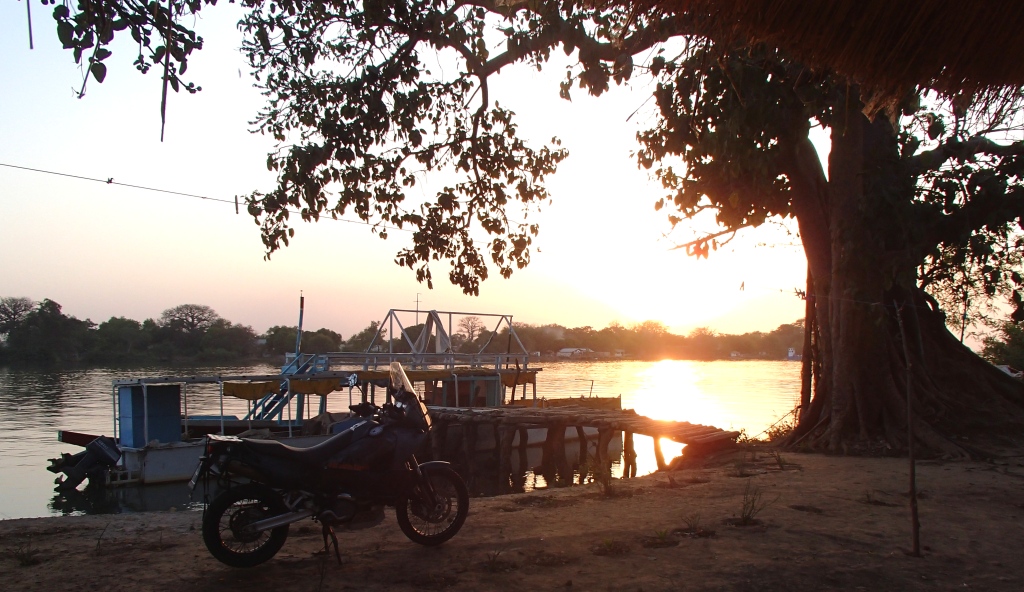