At around 4am I wake up all over sweating even though its not soo warm. Hypoglycemia, I realize and start eating chocolate but one second… I injected pretty nearly the same amount of insuline I would have had injected at home under this conditions but the insulin I am carrying had became pretty warm in the metal cases when riding through the desert several times (not to speak about the attack at my last stay). The potency is hard to test but must be much less than it would be when fresh that’s for sure (it was really warm a quite few times)… So maybe the stem cell therapy is working but I don’t realize because of the decreasing potency of my insulin in the warmth…. Maybe the sweat attack this night means good news after I already thought it would not work (either stem cell therapy and insulin )!

After that I eat two plates of spaghetti and go to bed again. I wake up late and go to check out a bird watching spot close to where I stay. I have breakfast there and people tell me its better to come back at sunset. I go back to my place and find out I got a new neighbor. A “lady” from GB who calls herself a cripple is busy supervising a young black boy who is carrying boxes of beer into her apartment. Later I find out they are a “couple”. I decide to go to town to look for a capotaster and surprise surprise, hardly 45 minutes later I got one at a really nice and good music shop (ask for gambia music shop near westfield junction)! I have little time until the bird watching so I go home to find out I got another new neighbor to my other side. An approximately 75 year old guy with his around 22 year old “girlfriend”. Too much again.

I had to pay the 3 nights in advance so I wait for the landlord to come back. I start playing guitar with the new capotaster and 2 minutes later the managers wife comes round asking me to stop the “noise”. Now that is insulting, people here are playing drums all night and when I play little guitar in the afternoon it is noise. Later I find out the “lady” next door, who is playing guitar herself had complained. I thought when she called herself a cripple it was about her ability to walk not to talk….
Manager is not coming back so I go to watch the birds. The places is nice and full of mangroves but the bird watching is disappointing. I walk around for a little more than an hour and go back.

When arriving at the lodge I ask if the manager has five minutes for me. Yesterday night when I paid I wanted to pay only one night but he, correctly, said “My friend we have agreement for three days, we shake hands”. Of course I paid immediately. Now I explain to him that this agreement was made when the place was halal and that it makes me sick watching my disgusting neighbors. I tell him I do not judge (well, I do) but don’t want to watch it whenever I open the door. He is muslim too and totally understands and agrees, he even offers to check out right now (check out time is usually 10am) but its getting dark and I just want to leave tomorrow morning, not now now. However the talk with the manager is very pleasant and I have the feeling I maybe should play the muslim card more often (by the way my father is from Pakistan, just so you know ;)).

Later I go to the indian supermarket again to buy at least 1,5liter diet red bull for the way. I think last time I got it was in spain and for weeks I was close to tears of pleasure when finding diet coke…Indian guys are incredibly nice again – I enjoy chatting in hindi – what you do here they ask…. I don’t have an answer… getting internet, diet redbull and capotaster…. They laugh. I buy haldirams, hide and seek cookies, dairy milk chocolate and lays chips. Coming home I make chai. 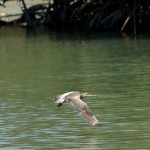 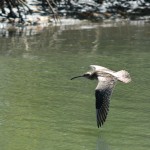 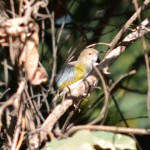 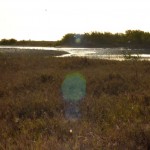 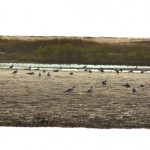 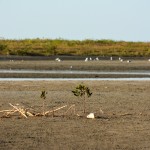 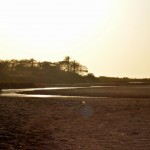 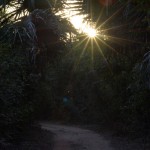 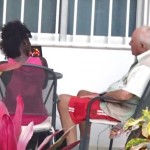 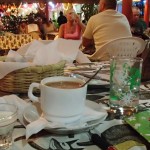