In the morning a bird who went inside by mistake wakes me up when landing on me. I get up quickly and let him out. Ali is sitting outside and ten minutes after I come out it starts to rain, for about 2 minutes.

After breakfast we visit his son Hussein who was supposed to pick me up from the airport today. No power at Alis house at daytime so I take the opportunity to recharge some devices. On the way to the village I recognize the change since I’ve been here for the first time. Outside the villages where no houses are blocking the view it is impossible to find a place in the valley where I can’t see refugee camps. When I ask Ali about the situation with the refugees he keeps telling me “no problem no problem” smilingly – the same feeling I get when asking other people. The language barrier doesn’t allow me to ask further but either the locals and the refugees seem to be much more relaxed than at home – even though in this area of Bekan valley there are more refugees than locals at the moment. In Austria we consider 1% of the local population to be a problem – what a crazy world. Even the garbage problem which tortures half of Lebanon due to the government problems has long been solved by the municipality over here.

Luchtime we spend at Alis house and like always I sit in front of a full plate of amazing food and never manage to empty it half. When I am full Ali nearly forces me in his very cute way to eat at least two more plates. I will be so fat when coming home….

In the afternoon we visit Ali Abu Saleem, a good friend of Ali whose family owns a valley west of Balbek. At the entry to the valley there is a checkpoint again. Three boys between maybe 13 and 14 are playing soccer on the street which makes everybody stop and say hello – a few meters further there is one more boy with a rifle. Sophisticated! Minutes later we sit between flowering and buzzing apple trees (loads of yellow/black striped insects are flying from flower to flower – I don’t think we have them in Europe), enjoying tea. Ali Abu Saleem speaks a little better English than Ali and I enjoy his crazy stories from the 70s again. He also explains me a lot of the conflicts in the area and I slowly start to understand the conflict between shia and sunna. I don’t think that anybody in Europe knows that the Hezbollah is actually Christian friendly for example. I also start to admire the understanding of family the people here have. For example I never heard anybody say “my land” its always “my families land” and the oldest of the families are always the ones who are most respected, asked for advice and responsible at the end. But its no one way street, they seem to be always laughing, nice, generous, and full of love. The children are very well educated and very disciplined while having a lot of freedom to play not with a phone but together in the dirt. However the social system here seems to be much more functional than in Europe even tough (or maybe because?) having no functional government (whereas I wouldn’t say Austria has one but that’s another story).
The next day morning we first visit Alis daughter where 5 other men in Alis age are sitting and drinking tea. We join them and a little later breakfast is served. It sounds like they are discussing important things but I don’t understand enough to get more than fantasies of what they are talking about. However they laugh a lot and if there are any issues they are talking about they solve them amazingly well. A little later an amazing breakfast is served and again I have to eat too much.

In the afternoon Hussein, Alis first born son, takes me to the temple of Balbek. Last time Ali considered this to be too dangerous so I am very happy to get the chance this time – and it is an amazing site at an amazing location. Unfortunately it is too cloudy to take pictures that show the snowy mountains in the background and the green valley in between but the view is really amazing! Usually I am not a lot into temples and old buildings but this one is really an exception of the rule (like the Taj for example). Please read the history of this temple on WIKIPEDIA – its really worth it! When we come back home to Alis place his Kurdish friend who he has been waiting for has arrived. When I ask him where he is from (Iran, Syria or Turkey) he answers Kurdistan with no room for misunderstandings. I like him! 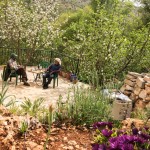 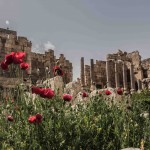 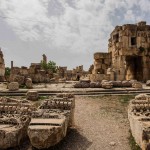 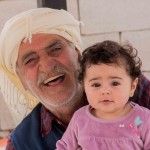 Ali and his granddaughter 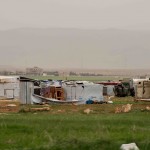 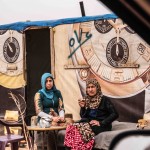 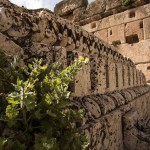 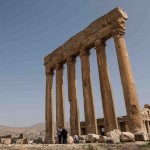 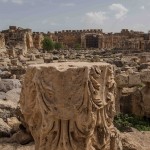 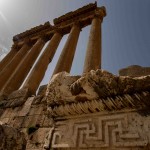 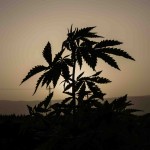 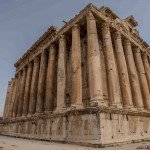 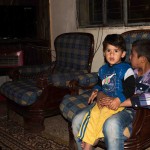