Again an amazing landscape and again security guys keep me too much up to speed. From Dalbandin to Nok Kundi the road goes slightly down and is in the best condition I have seen since…… being on this road. Its less than 300km now until we will see a real road again! Petrol is tight but under this circumstances I keep going. I take 10l after one hour rolling down through the desert and go on. We approach the area where the girls were kidnapped so I start asking my security guy about it. As far as I find out the Taliban and the BLF (Balochistan Liberation Front) had been attacking a police checkpoint two weeks ago. They were about to fight against the police when two more police guys turned up with the girls…. It was not about kidnapping at all and if the girls wouldn’t have had an escort they would still be on the road. What I always say seems to be true – its not the area and its people that is dangerous. Its dangerous to be with the police because they are no democratic force here, they are more like Pakistani occupants who try to rule Balochistan. Of course the Balotchis are pissed!

At Nok KundiI see the entry of the girls in one of the books all foreigners have to register… 16 entries before mine at march 18.. I need to get some PetroI in Nok Kundi too which unfortunately became more expensive after Quetta while I am running out of Rupees.I am lucky too find a nice Petrol smuggler who gives me the cheapest petrol I got this time in Iran! “Mehman hai” – you are a guest! I love Pakistan! I arrive at Taftan by afternoon. The battery is charging again so a better mood comes back with the music. The escort brings me directly to the customs building even though I tell them I want to spend the night here. No problem customs is done today so I can leave early morning and don’t need to wait here. And while the customs is done I set up my place for the night at the police station. Pakistan is great! In the evening I am invited at the police station and in this place it seems to be really nice guys. When I ask for Aspirin in the evening they bring me straight to the doctor who gives me Aspirin then…. By the way today I really needed the sun to charge my battery and 20km after Nok Kundi it was, believe it or not, RAINING! 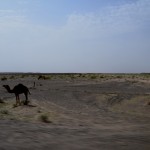 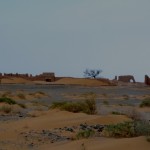 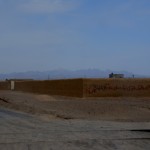 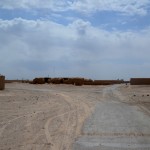 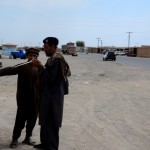 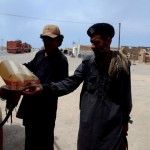 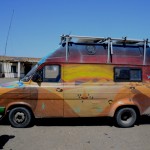 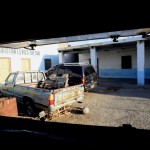