Two days pass quickly in the shared room of the youth hostel in Kiruna and at Saturday I continue direction Abisko/Norwegian border. The Hostel in Abisko is fully booked so I go further to the next hostel at Riksgränzen. Also fully booked and I can get some use of my Arabic skills. The refugees are extremely kind but cant help me – and of course its not allowed for me to sleep here. But I get a hint to go to Björkliden-Fjällby, in between the border and Abisko. It has already been dark when I passed there but I had seen it and go back.

At the Gåmmelgarden I move into a tiny but beautiful single room. Symptoms of a flu become undeniable by now so I go straight to bed and only leave it at night when the sky is clear in the days to come. I experience several amazing Aurora Displays at temperatures well below -20˚C. When I get better I discover beautiful common rooms, a sauna, kitchen a real cozy place all around me!

Many people come for 2 days to see the northern lights and then leave again. Often they miss the best because of the cold and a lack of patience. A few days later when the forecast is god for Norway in the first half of the night I put two Turkish guys I made friends with in the car and we go. It takes a long time until we reach the first fjord on the snowy roads and we go on to another one for less light pollution. Unfortunately there are villages along the fjords everywhere so the light pollution just gets a little better. Finally at the bridge after Sandstrand I see the first Aurora of the night and show it to Emre and his brother. We try several spots, have some nice views and take some great picture of a relatively weak aurora.

Soon we go back to Björkliden and when we arrive there around midnight the sky is clear – but no displays all the way. The guys go straight to bed and in the hallway I meet Seth who has seen the weak Aurora from Sky Station in Abisko and is on the way to bed too. I warn all of them to stay awake because my guts tell me the best is about to come. Five minutes later when I go out to smoke and check the situation I meet Seth starring at the sky… It dances! I run back in, wake up Emre and Can and tell them to be ready in 10 minutes.

10 minutes later we all go down to the lake where we spend the rest of the night watching an incredible show in the sky. I cant resist to turn on some Psytrance and dance in the freezing night until my flu forces me back into the car. Its unbelievable amazing what nature shows us here!

Friday I have to go to Kiruna. The power stirring doesn’t work sometimes and sounds like Chewbacca. I am afraid it was damaged in my accident and hope I can do it until the Baltics where I hope to find cheaper mechanics. When I stop at the Mechanomen, the company the fixed my car in Sala, they tell me they don’t even have time to look at it before Wednesday and they recommend not to drive until then…. After some discussion they tell me to go to another mechanic who might have time. I like the guy at the QT8 petrol station near the Kiruna Forum immediately. He refills the stirring liquid (no I did not open the bonnet at -20 while having a flu) and all is fine. I give him a bottle of Jägermeister I had taken for occasions like this and he refuses any further payment.

By Saturday I feel healthy enough to think about flying. I had mentioned it at the reception several times and the seemed not really to understand what I want. Today I talk to the ski teachers and they get me immediately. Well it was my fault as it took me a few days to find out I am in an amazing little skiing area as I was awake usually at night and the days are very short and sometimes white out. At the moment there is a Blizzard pulling up but for tomorrow the conditions seem to be better to do a daylight flight at least. The guys are really interested and motivated to support me. I am really glad to be here.

In the evening I find out about the “Bastu”, the sauna. As ours is broken at the Gåmmelgarden we are welcome to use the hotel sauna. As I find out this is the social place in Sweden where to meet people and make friends. Like the hot springs in Iceland. I love it! (And it seems to help with my flu either!)

Sunday morning I meet Anders and one of his colleagues to make a first daylight flight. Conditions seem to be perfect so we get dressed, get the snowmobile and up the mountain. The sunrise is absolutely stunning and I cant wait to get up into the air. Unfortunately we got all permits and are up on the hill there is wind from the back – I can’t start up here.
Back at Gåmmelgarden I look for Katharina and her friend, the two Swedish girls who have never seen the northern lights before. Its Katharinas 60s birthday today and I recommended them to get up early as the forecast predicted clear sky in the morning. It had been clear when I got up but unfortunately not before and for the coming night – their last one here, it was predicted to be cloudy again. They seem to be not here so I go back to bed to rest and get healthier.

Sleeping until 5 I go out to smoke around 6pm. I look up and see stars and an incredible Aurora hardly visible because of too much light pollution. I run inside, tell everybody, find Katharina and her friend in the piano room and put them in the car. I am really happy to have found them, even more when they tell me they haven’t seen nothing last night. When we arrive at the lake a special birthday show starts and I am extremely happy to share the experience of the first Aurora again. Its just such an amazingly wonderful planet with such an incredibly beautiful nature! 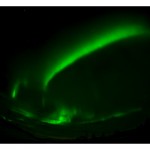 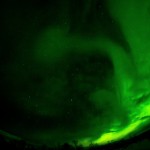 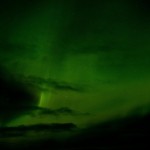 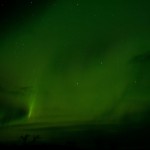 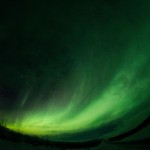 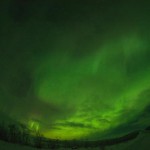 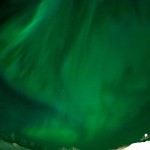 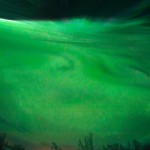 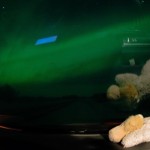 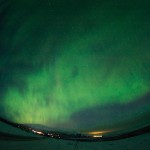 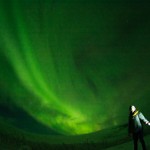 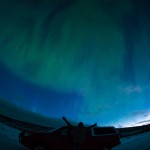 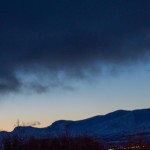 3 hours before sunrise in Björkliden 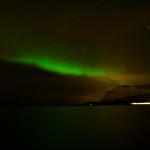 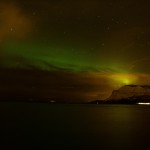 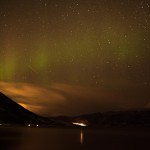 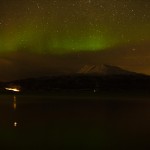 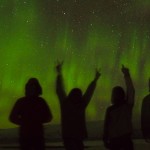 Seth, Can, Emre and I 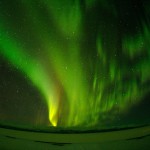 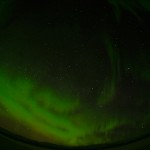 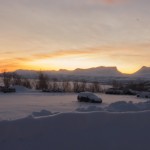 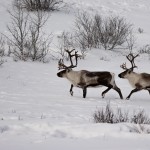 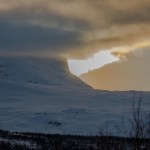 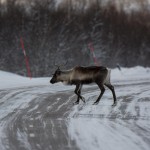 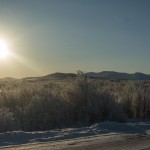 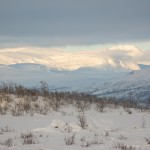 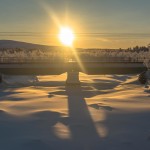 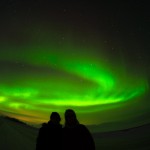 the swedish hippie girls and their first Aurora