When we leave today in the morning I get lost…. Police tells me to go to main street so I go the way back we came yesterday. When I look in the mirror nobody there anymore. I am glad the village is small enough so it is impossible not to find them. Five minutes later we leave. After ten kilometers suryananda has less power. The street is superflat but its not possible to keep speed in fourth gear. Maximum speed now is 65 in third gear. Out here in the middle of the dessert would be no good place for any engine parts to break. I think about it and get suspicious about the petrol I put in in the morning. It was taken from water bottles and when I put the petrol in there were still a few drops of water inside. I decide this will be the reason and go on in third gear.

After nearly three hours we arrive in the next village which is Dalbandin. We go directly to the police station. On the way there I have seen an amazing market and I am hungry. I ask at the police station if it´s possible to get some food. We get police escort and go to the market by walk to buy chapati and samosa! YEAH!. People at the market have incredibly charismatic faces. I try to take a few pictures but it is hard to find people who are not staring at us. I don’t like pictures of people who know I take a picture – if they don’t know they mostly look much better…

The road is one of the worst but still the most beautiful yet. It’s a real dessert road including sand dunes and camels on the road. I love this view and I would love to spend some time in this area. Unfortunately this doesn’t seem to be possible at the moment. People are super amazing here. Everybody seems to appreciate guests. While driving today I suddenly see a new white car next to the road. I am driving alone as the others take a little break so they don’t need to go my slow speed all day. Three people standing in front of the car and I feel a little strange because nobody here but me and them. Then I see two of them have cameras in their hands to take pictures of suryananda. I give them a smile and sound horn to say hello.

We have to stop several times to register in books at checkpoints so if somebody gets lost they know at least pretty well where to search. All is much better organized than in Iran. We register in a book an on we go – if there is an escort change the new escort is already waiting for us at the checkpoint so we lose not much time. Sometimes there is only one guy with his AK47 (everybody seems to have one here) going in one of our cars, sometimes one car in front of us and sometimes one car behind us.

When the sun sets we still have 130km to go to Quetta. We have a short discussion what to do and decide to go on. The Levies (the military service that is protecting us) seem to appreciate this decision so we go on. Following kilometers we go up an awesome mountain road so soon we reach a plateau. The engine is better now as I put new petrol in so I drive around 80 on a not too bad street. I haven´t seen the others in my backmirror for some time but I don’t mind too much. Everyone of them can go twice as fast as I so if something would have happened they would have stopped me.

Suddenly a Pick up with police kind flashlight goes the other direction. As he sees me the people inside make hand signs so I reduce speed. They turn around so I stop. Seconds later we are surrounded by 6 men with scarves on their head everybody carrying his machine gun. I am not really sure what is happening. I haven´t seen to police officers here wearing the same uniform…. But as they smile at me I am sure it’s the good ones so I open the door and we wait for the others.

The night is awesome. It´s nearly full moon and in the mountains around us there are no lights at all. I have never seen a beautiful moon light night like this before!

We arrive at Quetta pretty late. The guards change several times in town and bring us directly to the best budget option hotel recommended by lonely planet. They charge 5 times more now but police is already gone so we can´t look for another place to stay. Food is very expensive too so I make illegally a jump around the corner to get some food. Again I get a very warm welcome and very tasty and perfect spicy cheap food at the local thali wallah. Nice! I can talk to them, understand a little of what they say and I love it. Unfortunately there is no internet at the hotel and all the internet places outside are restricted area at night. Tomorrow after sunrise we are free to move without escort until 6 pm. I am really looking forward to see the market, get internet and buy some stuff I need. 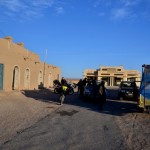 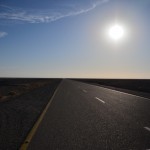 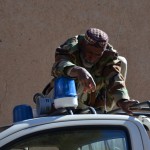 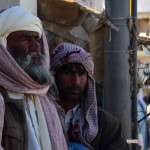 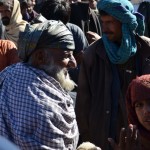 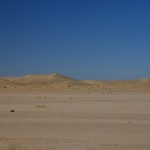 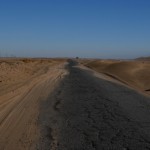 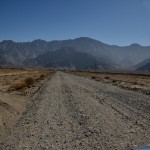 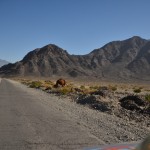 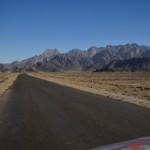 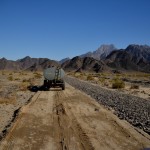 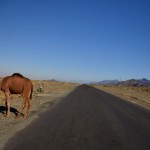 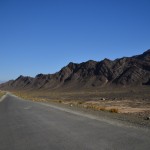 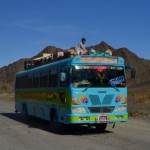 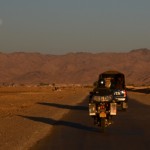 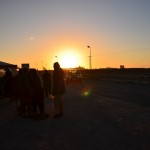 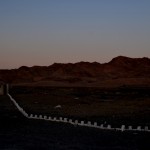 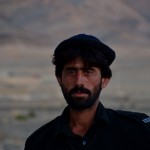 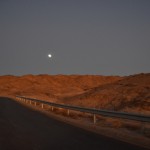 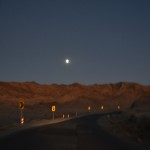 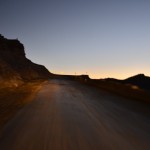