I wake up just in time to enjoy sunrise on the beach and then have chai. I make a long yoga session again finding out the asnas causing pain are already much easier to perform. After the yoga session I have some of the awesome chutney and chapatti for breakfast and later some more jam toast. I enjoy the morning making siesta in the shadow. At lunchtime I decide to make the walk to paradise beach.

At the end of Belekan beach I take a closer look at the little stream there. I find out its full of fish and many birds are roaming the place on of them a kingfisher challenging me to take some nice pictures. When I come to close he flies away and when I sit without moving for 5 minutes he comes back. Finally I make some acceptable pictures and go on to paradise beach. 20 exhausting minutes of climbing a hill in the heat later I arrive there. It´s an amazing beautiful rocky beach looking like in the middle of a goa party but without music. First I have to cross a heap of their rubbish making me decide to leave again soon. Not like I am used to all full of plastic bottles but many (broken) glass (alcohol) bottles in between too. Fortunately there is a boat I know from Belekan beach so I take a ride back. Prassat and Prakash tell me about a Leopard with two cubs roaming the area. I heard stories like this many times but this time I believe – would be amazing to see this cat in flesh in the jungle!

In the afternoon I want to go to Gokarna again to check if the ATM card is working now and go to internet. When I want to leave the bike starts and seconds later the engine stops again. I try to start for five minutes and then give up. Prakash suggests o go to enfield mechanic in Gokarna by bus. Bus will go in 20 minutes so no problem – I go to the bus stand and wait. Half an hour later still no bus coming so I ask a rickshaw that just came to take me back and directly to the mechanic. Mechanic suggests to take a big car to get the enfield to Gokarna. Car will come half an hour later so I quickly check Internet and ATM. ATM still doesn’t work and I have to change some cash. What to do…. Half an hour later we go back to Belekan beach to put the bike on the car – I stay there and will go to the mechanics workshop tomorrow. So one more day at Belekan beach.

Some more guys have arrived at the guesthouse and in the evening I have a nice chat with josh from Orissa. His father is famous Yoga teacher and he invites me to come to Bhubaneswhar – again my exgirlfriend comes to my mind because she has some connections with that place. I have been there before too so I think about maybe passing there on the way back – it’s a major detour but why not? 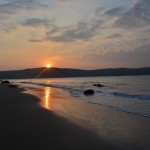 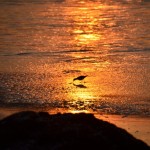 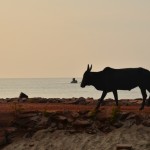 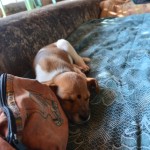 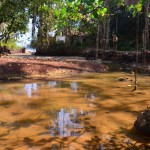 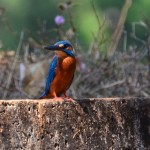 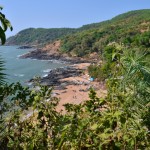 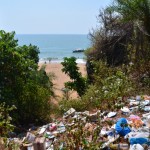 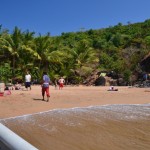 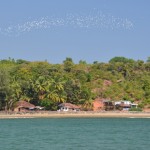 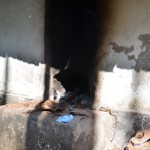 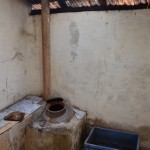 One thought on “Jan. 2. Belekan beach”