Shahid wanted to say goodbye in the morning and lead me the way out of town. Today he is still sleeping so I wake him up by calling him and soon he comes. It is still raining a lot and by now the water level is not only rising in the rivers but on the land also. Pretty big and sometimes pretty deep lakes start to build up everywhere and its risky driving through one if you don’t know the depth. Anyway as soon as I am on the Highway the road is great and I am in Islamabad soon. On the way I recognize a problem with the car electricity as the music player doesn’t work. I have been parking in the shadow in Peshawar and it was rainy most of the time. Still, even though I had a room I was careless about the battery. However it should be charged by the car generator which was obviously not the case. In Islamabad I go to the camping ground and after some problems in getting electricity I charge the battery over night. At dusk I check the solarpanels and find one oxidized connection which I repaired. I feel there is electricity coming from the panels so the solar system seems to work. I relax and go to bed. 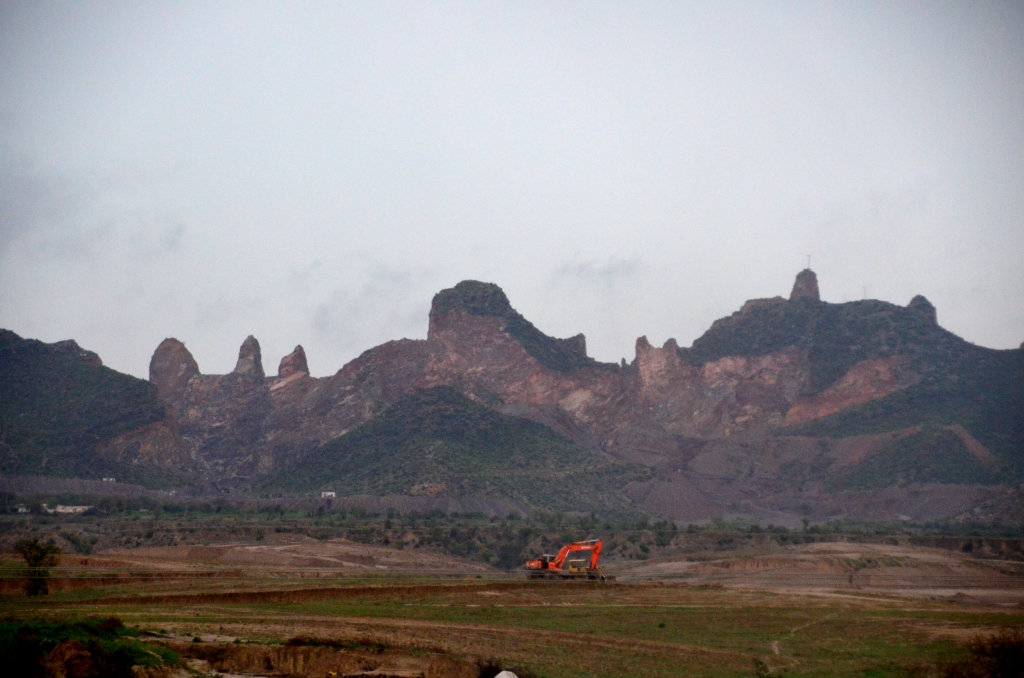 I recognize one difference between Indian and Pakistani people being that Pakistani talk less and do more… Next day morning Shahid picks me up at 10 o clock and we go to the mechanic. I get new mirrors and the valves adjusted within nearly no time. While the car is being repaired Shahid points at another building just opposite the street telling me the number of killed and injured people by the bomb blast there. My question when it happened he answered with “Two hours before we come”! Whenever I speak about THE market Shahid seems to be uncomfortable and tries to change the topic. On the second day I am successful and we got there for half an hour. It is truly incredible! Kalaschnikow 70 Euro, rocket launcher 200 euro…. I think about how a rocket launcher would look on the roof of suryananda but then dismiss the thought because it is too hard to install the electronic tor targeting in the cockpit…

People here are very friendly and I enjoy one or another chat with the so called Taliban. Peshawar is a really crazy town as there is a permanent traffic jam. The one road you have to use to go anywhere is the Great Trunk road which connects Kabul to Delhi. A few kilometer out of town the tribal area starts – in this area is the market and there is no police allowed (It would not be healthy for them). According to this the 4 lane street in Peshawar is controlled by roadblocks and military/police every 500m. They randomly search cars and are pretty tensioned. Shahid is very pleased that we plan to go to swat river for fishing tomorrow.

Unfortunately the next day is rainy and cold. Not the best conditions to go fishing but still we want to try. As we approach a beautiful river which offers some amazing spots I first recognize the loads of sediments the river is carrying because of the quickly rising water level. Seeks like it is raining in the mountains too so the water is cold and I don’t see any sign of fish activity. I’d pack my things and go home without even trying at an unknown river at home. Here I make a few casts but give up soon having the expected success. Not a sign of a fish. I remember the huge fish I have seen on the market which come from this river but alive I don’t see any. As rain is starting to become heavier we leave the place soon and go back to Peshawar. Tomorrow I will go back to Islamabad. 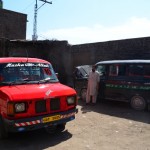 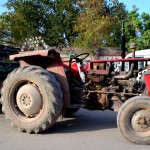 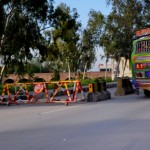 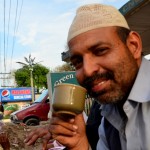 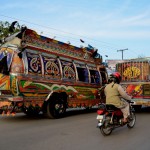 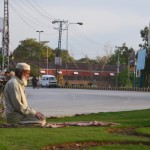 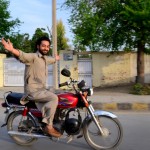 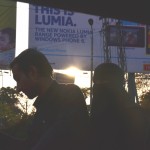 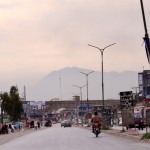 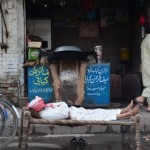 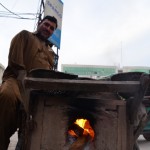 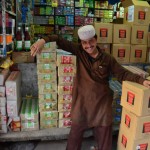 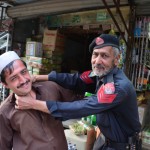 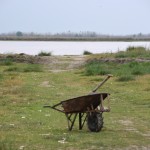 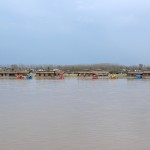 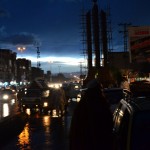 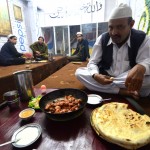 Again I wake up to late but still I take a quick chat with Abdullah, my neighbor from germany in his UNIMOG Mercedes, who provides me some tasty coffee before I take a taxi to the embassy district. Inside nothing allowed but the documents. I have to leave my bag at the entrance and take a shuttle service to the Iranian Embassy where the guy tells me “Holiday in Iran, you come back Monday”. Damn, I think but in the same moment I decide not to spend the 4 days I have to wait in Islamabad. I want to go to Peshawar, that fabulous city at the foot of the Khyber Pass, less than 50km from Afghanistan. Taliban area! Its cloudy nd rainy when I go back from the embassy so I have only a little talk with Abdullah and I chalo quickly. Before we exchange phone numbers as we might share an escort through balochistan if I can get my Iran visa quickly on Monday.

With mixed feelings I hit the road. The area I am going to is definitely not recommended for foreigners and there will be a lot of police, army and Taliban in town. As I expected police controls get denser on the way to Peshawar but the guys remain smiling and there is no problem at all. 20km after having my first chai I leave Punjab and enter NWFP (North Western Frontier Province). Now I am in tribal area and police power stops (if they have any at all) one step of the road. When I make a stop to have chai a few kilometers before Quetta I sit in the middle of a Hemp field next to the highway with fivr people around staring at me but not saying one word. I smile at them and they smile back – the ice is broken!

I drink my chai and a few kilometers later I arrive in Peshawar. The entry of the city reminds me more at Quetta than at, Lahore, Islamabad or Rawalpindi. I am back within the wild but very hospitable tribes man. Abdullah recommended a hotel which I have no idea how to find but before I can even think about the problem a guy appears in a car next to me speaking little English and together with my urdu I ask him for the way. “No problem, just follow me”, he answers and we go through a narrow maze of Peshawar. The hotel is unfortunately full and no place to park too. No problem, Shahid, my new Afghani friend knows another place. He brings me to a hotel where I decide to stay for one night. They have nice hot water but are pretty expensive. When Shahid found out that I have all I need to live in my van he offered me a place to park at his home. He had been driving a Ford Transit for30 years and knows the best mechanics he says. Still I need mirrors, handbreak, valves adjusted, and cockpit light repaired. A stronger horn would be nice too

After I checked in I talk to Shahid and tell him That I am hungry and that I want to go to the Khyber district which is more or less off limits for police. Firearms and drugs are sold openly on the street there. It is already dark so we stay away from those places but Shahid, who actually is Taxi driver, takes me to a nice place where we have barbecue chicken together including salad, nice bread and a very tasty garlic sauce. I really enjoy food and chai in this white brick building with many people around but a very calm and clean atmosphere compared to india. I will take my camera with me tomorrow and Shahid will hopefully tell me where I can take pictures so you can see some of my impressions. People start asking me if I am from Pakistan what I deny smilingly. Clothes can make such a difference!

I definitely want to see that market in the three days I have here – and I definitely will try to go up to Khyber pass as far as possible. I have a feeling this, and if I am lucky enough the Durand line, will be the next border I stand at with desire to cross it. But like the border to Pakistan when I saw it first time I will have to wait a few more years here too. Kabul is only 274km away but in the area in between it is too dangerous with a car like suryananda.

On the way back I ask Shahid about the bomb attacks in Kabul and from that second he keeps pointing out his finger at buildings every two minutes telling me about a bomb blast within the last year and the number of killed and injured people. Its rather fancy places. No place I would go but the amount of attacks is impressive to me. Again I remember that I am in an areas now where drones flying above the peoples heads and villages randomly blowing up a building or a group of men, children,…. Again I believe the city is peaceful and anyway Shahid will guide me here so I will have fun for sure! 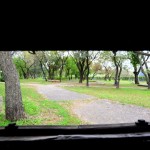 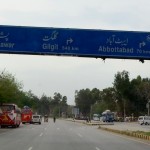 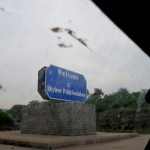 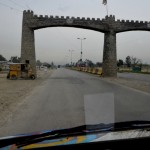